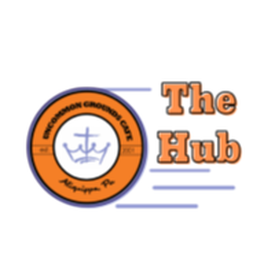 The collapse of the steel industry happened all up and down the Beaver Valley.  Aliquippa was especially hard hit.  Population dropped by 240% between 1970 and 2010 (from 22,277 to 9,437) crushing its economy and shattering its community.

In the midst of this upheaval, those who could get out of town, did, and those who couldn't were trapped in poverty, unemployment, crime and addictions.  With many lives going nowhere, Aliquippa had become a place without hope and without a future.

God had other plans!  In 2000, the Church Army, a 100+ year old international ministry and outreach to the least, last and the lost, planted its presence in downtown Aliquippa.

Recognizing what Aliquippa really needed - a refuge where those devastated by economic, family and personal circumstances could rise above despair, find hope and reclaim their future - Uncommon Grounds Café was birthed on Franklin Avenue.

Now, twenty years later, under the leadership of the Rev. Herb Bailey, the Café has grown to be THE HUB for moving people from despair to hope, opportunities, and new life.  Weekly, the Café and its ministries serve nearly 500 people throughout the Beaver Valley.

The Uncommon Grounds Café, and its unique approach to reaching a despairing community, is a place where: ​
Through the work of Uncommon Grounds Café, and others coming alongside and joining in, Aliquippa is experiencing renewal.  People are investing. Buildings are being renovated and repurposed.  Foot traffic is increasing.
Hope is being restored to individuals and the community.

​An investment in Uncommon Grounds Café, a proven and established ministry that works, means being part of restoring hope and a future for Aliquippa and the Beaver Valley.